When cycling it’s the saddle that carries most of the body weight. This causes more or less pressure on the bottom. As pressure is defined by force per area, the pressure depends on the weight, on the gradient of the body’s upper part and on the size of the supporting area. Roughly estimated the saddle carries about 60% of the whole body weight. When bending the body further to the front, the pressure on the saddle is reduced, but the load on the hands  and  arms(depending on the bar type) increases.
Apart from the exact percentage of weight to be carried by the saddle it is important how that weight is distributed over the relatively small area the saddle offers. Depending on the anatomy and the seating position either the saddle’s nose or its rear part can be loaded more. To analyse this pressure distribution, pressure mapping systems are employed. 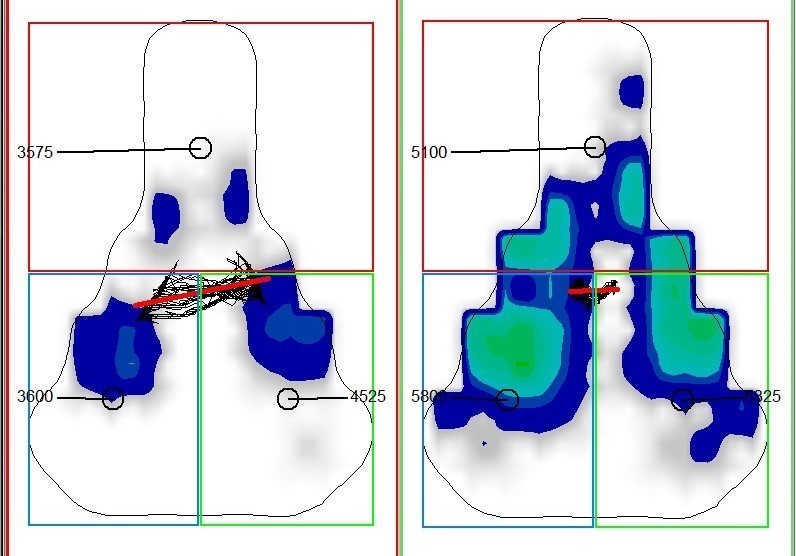 In the pelvis’ back, there are two prominent ischial tuberosities. These two structures cause two pressure points on the saddle’s rear part. The distance between these two bony structures varies considerably between men and women and also between individuals. Starting at the ischial tuberosities, the bones run over the “pubic blades” and reconnect in the pubic bone. This is the third point where maximal pressure values can be located.

Besides the anatomic specifics discussed thus far, the seating position has a major impact on the pressure distribution, i.e. whether the saddle’s nose is more loaded by the pubic bone or whether the pressure is concentrated on the ischial tuberosities. The more sportive the seating position, the more the pelvis is bent to the front. A rider sitting in this position can be called a ‘Schambeinbelaster‘; the triathlon position clearly leads to such a pressure distribution. The upright position taken on touring or leisure bike leads to the load of the ischium, hence people taking this position can be called ‘Sitzbeinbelaster‘. These two positions represent the extremes with intermediate positions existing. If the pelvis is only slightly bent forward the better part of the weight may rest on the ‘pubic blades’. In this case the maximum pressure values are located at the left and right side of the saddle’s mid-section. As blood and nerve vessels are passing this region, this position needs to be considered when having an eye on comfort. This possibly is the reason for feelings of numbness. For a rider sitting in this intermediate position it is not useful to measure the distance of his ischial tuberosities when sitting in an upright position. More decisive in this case would be the distance of the ‘pubic bone’ on the spot where they exert pressure on the saddle. Generally it has to be said that this rough division into different types is always dependent on multiple factors: Beside the individual structure of the pelvis and the muscular conditions (such as shortenings), the bike type (here the triathlon bike and the city bike are the two extremes) and the frame’s geometry (length of the top tube, shape of the seatpost, geometry of the stem) are decisive.

The factors influencing the pressure on the saddle described thus far depend on the anatomy or the discipline and are accordingly hardly changeable. Two more readily adjustable parameters are the bike and the saddle. It is relatively easy to change the pressure pattern by making adjustments on the bike. For a Pubis-Loader the saddle could be slid to the front to get more support from the saddle’s rear, thus reducing the extreme pressure values on the nose.
In total, however, the choice of the saddle is most decisive. Currently an uncountable array of forms, materials and stiffness is available on the market. Additionally, there are different approaches to obtain an optimal pressure distribution. Whether leather, foam or gel; whether hard or soft; whether one piece top, with holes or with steps; whether cushioned lightly or strongly – the quest for the optimal saddle is highly individual. That’s not to say that every rider should opt for an individualized saddle but that each rider’s specifics – concerning anatomy, seating position, distance and riding time – should be taken into account.

By using the measurement system ‘GP Bike’ it is possible to analyse the individual saddle pressure. This system is comprised of a thin and flexible film upon which 64 sensors have been positioned. The data are wirelessly transmitted to the PC or Laptop, which makes both indoor and outdoor measurements possible.
The film is applied on the saddle and the cyclist may position himself on it without changing his riding style. In this manner the pressure distribution on the saddle can be measured static as well as dynamic, i.e. while cycling. Using a colour scale the pressure distribution in the different saddle areas is displayed graphically. 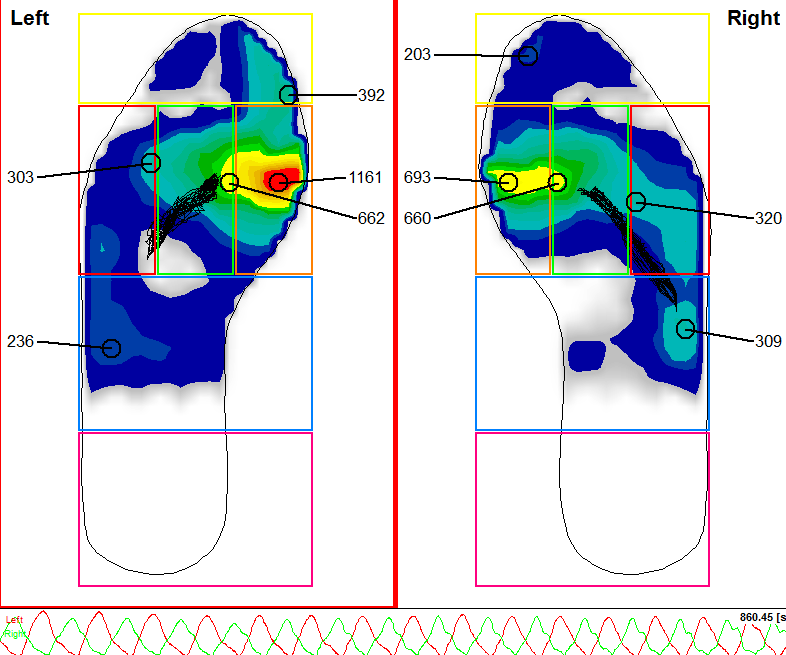 Colour printed report (including pressure values and the saddle’s positioning) 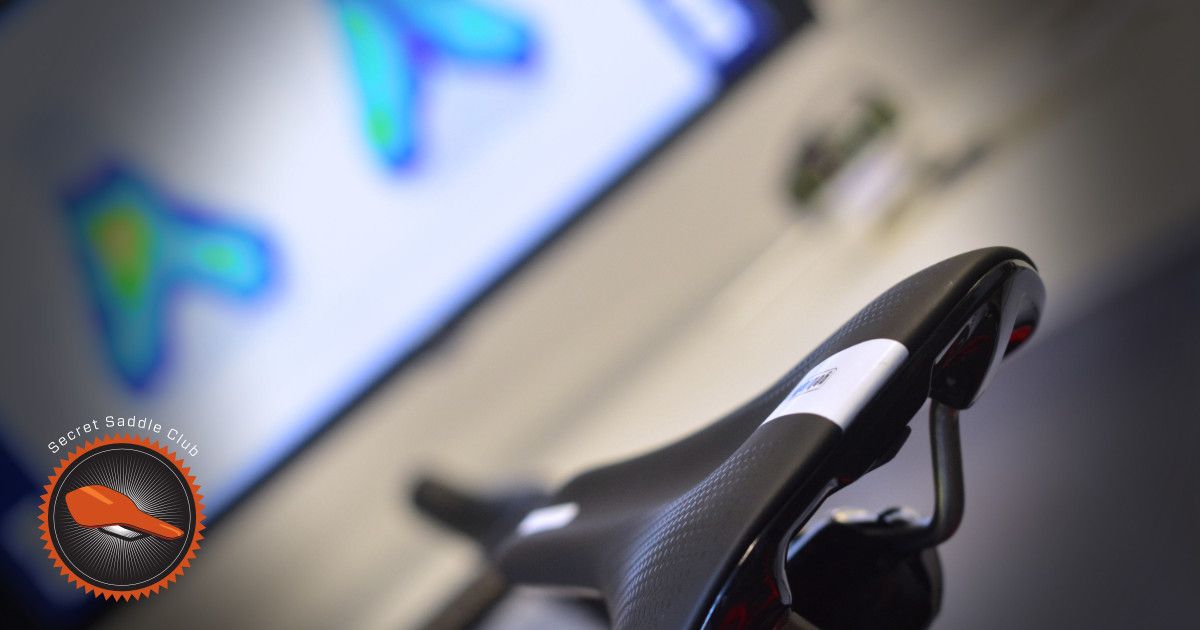